On the occasion of the publication of Francio Guadeloupe’s new book Black Man in the Netherlands: an Afro-Antillean Anthropology, various scholars studying Dutch realities of racism, the afterlife of colonialism, conviviality and urban popular culture join the author in conversation.

Simultaneously memoir and astute exploration, Black Man in the Netherlands charts Francio Guadeloupe’s coming of age and adulthood in a Dutch world and movingly makes a global contribution to the understanding of anti-Black racism. Guadeloupe identifies the intersections among urban popular culture, racism, and multiculturalism in youth culture in the Netherlands and the wider Dutch Kingdom. He probes the degrees to which traditional ethnic division collapses before a rising Dutch polyethnicity. What comes to light, given the ethnic multiplicity that Afro-Antilleans live, is their extraordinarily successful work in forging an anti-racist Dutch identity via urban popular culture. This alternative way of being Dutch welcomes the Black experience as global and increasingly local Black artists find fame and even idolization.

During this salon, scholars Alex van Stipriaan, Amade M’Charek and Guno Jones will reflect on the book from their disciplinary perspective and discuss its contents with the author. With music by Kesia Smit. Moderation: Khadija al Mourabit.

Francio Guadeloupe is a Aruban born Social & Cultural Anthropologist. He is currently employed as a senior researcher at the Royal Netherlands Institute for Southeast Asian and Caribbean Studies (KITLV) and as Associate Professor in Anthropology at the University of Amsterdam. Guadeloupe’s principle areas of research have been on the manner in which popular understandings of national belonging, cultural diversity, religious identity, and mass media constructions of truth, continue to be impacted by colonial racisms and global capital. He is the author of the monographs Chanting Down the New Jerusalem: Calypso, Christianity, and Capitalism in the Caribbean (University of California Press, 2009) and Black Man in the Netherlands: an Afro-Antillean Anthropology (University Press of Mississippi, 2022).

Alex van Stipriaan is professor emeritus Caribbean history and culture at the Erasmus University. This area covers — amongst other things — the history and current times of the Caribbean diaspora in the Netherlands, especially in relation to debates about slavery and racism. He has published about Suriname, the Dutch Caribbean and cultural processes in what is called the ‘Black Atlantic’. Additionally, his special interest goes out to (present-day heritages of) slavery and Marron culture. Well known books (among others) written by him are Surinaams Contrast (1993), Kunst van overleven, marronculturen van Suriname (2009), Rotterdam in slavernij (2020) and Antilliaans erfgoed (2021 with Gert Oostindie e.a.). (see www.alexvanstipriaan.com)

Guno Jones is an interdisciplinary researcher at Vrije Universiteit. His main research interests are on the nexus between European citizenship and migration regimes, intimacies and constructions of European identity; political discourses on citizenship, post-colonial migration and the nation in the Netherlands, Belgium and the UK; the politics of World War II heritage in the Netherlands and its former colonies; and the afterlives of colonialism and slavery in the Netherlands.

Kesia Smit is a Rotterdam based DJ, program maker and host. After completing her studies in Cultural Anthropology, she worked in the music industry as a research and insights manager at Sony Music NL, Top Notch and Noah’s Ark. Despite her love for music, she still missed her Anthropology background, and decided to work at the Wereldmuseum Rotterdam as a program maker. She expressed her love for music with dj’ing en hosting her own Party ‘Stir it Up’ in Rotterdam, together with Nathalie Cijntje. With hip hop as a basis, she has been exploring different directions with her Caribbean roots as an inspiration.

Khadija al Mourabit (moderator) studied Philosophy at the University of Amsterdam. She works as ‘Hoofdtrainer Inclusief Onderwijs, Adviseur Diversiteit en Inclusie en Onderwijsontwikkelaar Wereldburgerschap’ at Fawaka Ondernemersschool. Before, she was amongst other things chair at student platform Amsterdam United, board member of Marokkaanse Vrouwen Vereniging Nederland (MVVN), programmer at philosophical café Felix en Sofie and board member of iLandart, an organization which promotes art education amongst children from disadvantaged neighborhoods in Amsterdam. In 2017 her film Le Voyage de Khadija premiered, a documentary about various themes, including migration, women’s rights and family relations, which has been rewarded with five prizes. 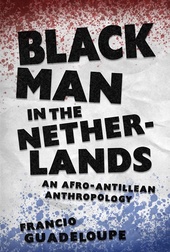 Europe does not have a good track record when it comes to addressing racism—or even admitting it exists. Despite the pervasiveness of ethnic profiling, police brutality and discrimination on the housing and labor markets, countries struggle to tackle racism. In Can We Unlearn Racism? Jacob Boersema uses South Africa as a lens to understand this challenge.