Political theorist Rahul Rao investigates the impact and memory of the colonial encounter on the politics of sexuality and religiosity and on contemporary homophobic moral panics. This afternoon Rao will trace the encounters and entanglements across geopolitical divides that produce and contest contemporary queerphobias.

At the entrance you are requested to show your coronavirus pass.

This event can also be attended online.

Between 2009 and 2014, an anti-homosexuality law circulating in the Ugandan parliament came to be the focus of a global conversation about queer rights. Rahul Rao’s book Out of Time: The Queer Politics of Postcoloniality (2020) places the Ugandan experience in conversation with contemporaneous developments in India and Britain—three locations that are yoked together by the experience of British imperialism and its afterlives. Intervening in a queer theoretical literature on temporality, Rao argues that time and space matter differently in the queer politics of postcolonial countries. By employing an intersectional analysis and drawing on a range of sources, Rao offers an original interpretation of why queerness mutates to become a metonym for categories such as nationality, religiosity, race, class, and caste. The book argues that these mutations reveal the deep grammars forged in the violence that founds and reproduces the social institutions in which queer difference struggles to make space for itself.

After his lecture, Rahul Rao will engage in conversation with Sruti Bala and Rachel Spronk.

Rahul Rao is a fellow at the NIAS in the Humanities and Social Sciences and lecturer in International Political Thought at the University of St. Andrews. He is the author of Out of Time: The Queer Politics of Postcoloniality (2020) and Third World Protest: Between Home and the World (2010), both published by Oxford University Press. He is a member of the Radical Philosophy collective and blogs occasionally at The Disorder of Things.

Sruti Bala is Associate Professor in Theatre and Performance Studies at the UvA. She co-ordinates a five-year research project on gendered and sexual citizenship in the Dutch Caribbean in co-operation with the University of Curaçao. She recently published The Gestures of Participatory Art (Manchester University Press 2018) and was co-editor with A. Tellis of The Global Trajectories of Queerness: Same-Sex Politics in the Global South (Rodopi/Brill 2015).

Rachel Spronk is Associate Professor in the Department of Anthropology at the UvA. Her various research projects evidence a concern with the historical trajectories that have shaped the present, the production of knowledge about gender and sexuality and, ultimately, how the lived experiences of people inform our theoretical models. Overall, she investigates the interface between sexuality and the middle classes in Ghana and Kenya, examining problematic assumptions behind both terms. She was co-editor with T. Hendriks of Readings in Sexualities from Africa (Indiana University Press 2020).

Sarah Bracke (moderator) is Professor of Sociology of Gender and Sexuality and Director of ARC-GS at the UvA.

This session is the fourth edition of the ‘Research in Focus’ series of the Amsterdam Research Center for Gender and Sexuality (ARC-GS). Follow this link to read more about the series. 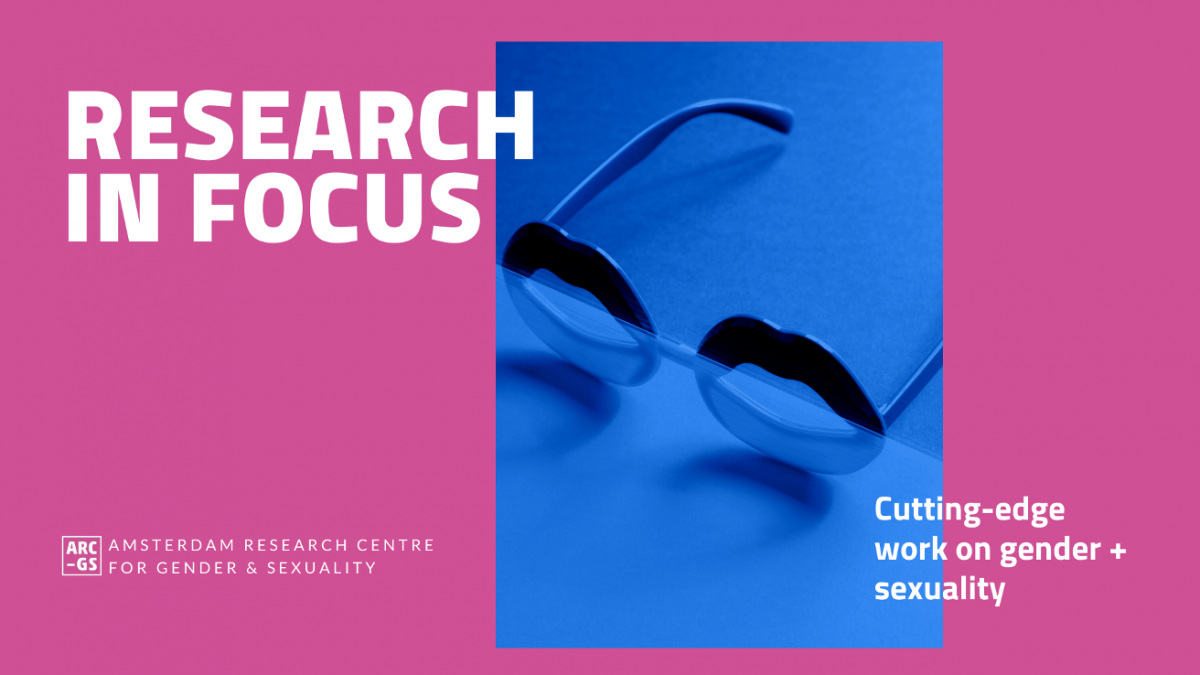 Rahul Rao
Postcolonial Practices in the Netherlands and Norway
Culture, Coloniality and Companionship

How to relate to a colonial past that has influenced today’s cultural institutions, universities and archives? What strategies do present-day researchers and artists employ to both acknowledge detrimental histories and ‘unlearn’ them? Taking renowned cultural theorist Ariella Azoulay’s notion of ‘companionship’ as our starting point, we explore the very different yet in ways remarkably consistent Dutch and Norwegian postcolonial practices.

On 26 September 2021 German voters are asked to elect a new parliament (Bundestag). During this event we will discuss with political and communication scientists from Germany the public opinion dynamics during the election campaigns, examine voter behaviour and discuss the election outcomes.