Since the first vaccines against Covid-19 were approved, at the end of 2020, the question of where they come from and who makes them, has acquired a new significance. Vaccine development was coming to reflect political rivalries reminiscent of the Cold War. If vaccines are so crucial to the preservation of human life, to the functioning of our societies, is reliance on profit-oriented corporations really wise? During this event, scientist from all over the world join together to discuss the matter of vaccine geopolitics.

This is an online event.

This event is being organized in connection with publication of the book Immunization and States. The Politics of Making Vaccines, edited by Stuart Blume (UvA) and Baptiste Baylac-Paouly (University of Lyon 1).

Three or four years ago few public health professionals would have much cared where vaccines came from as long as they were known to be safe and effective. Pressed further on who supplies the vaccines, most would probably have mentioned one or other multinational pharmaceutical company. Since the start of the Covid-19 pandemic and the race for the vaccine development, the question of who develops and produces vaccines has become more and more pressing. From the time that the first vaccines were approved, it was immediately clear that, for months or longer, there would be insufficient vaccines to meet the world’s needs. As the tragedy unfolded, as deaths globally climbed to a million, two million, three million, a question which had scarcely been posed for decades was raised once more. Ought states not to be involved in developing and producing, as well as delivering, the vaccines they need? In a number of countries – including The Netherlands – the sale, marginal existence, or complete disappearance, of a once prized national vaccine producer is becoming a matter of public debate.

Four contributors to the book will each present the recent history of national public sector vaccine production in their country. In 10 minutes each contributor will outline past successes of the national institute: its sale (as in the Netherlands), closure or partial closure (as in Spain and Serbia), or decline and marginalization (as in Romania). Each will discuss how problems of Covid-19 vaccine supply, public dissatisfaction, and reflection on the proper scope of state responsibilities, are leading to critique of past political decisions. To what extent is some competence in vaccine research, development, production and regulation a necessary component of a state’s ability to ensure the health of its population, especially in the event of a pandemic?  How necessary and how feasible is vaccine development and production driven by social goals and not profit-seeking? What kinds of realignments or collaborative arrangements are being discussed?

In 10 minutes each contributor will outline past successes of the national institute: its sale (as in the Netherlands), closure or partial closure (as in Spain ), or decline and marginalization (as in Romania and Serbia).

Paulo Gadelha is the former President of the Oswaldo Cruz Foundation (Fiocruz) in Rio de Janeiro, Brazil. A medical doctor, he earned a master’s degree in Social Medicine, followed by a doctorate in Public Health at the National School of Public Health. In 2010 he was awarded the Grand Cross of the National Order of Scientific Merit, Ministry of Science and Technology.

Jan Hendriks is an independent researcher and consultant. Prior to his retirement in 2018 he spent nearly 30 years in various international staff and management positions within the Dutch Vaccine Institute (RIVM/NVI) This included secondments to the Public Health Directorate of the European Commission in Luxembourg (2002-2005), and to the World Health Organization in Geneva (2013-12015).

Ole Olesen is Executive Director of the European Vaccine Initiative (EVI), an affiliated professor at Copenhagen University, and a Fellow of the Royal College of Physicians, FRCP (Edin). He holds a PhD degree in Molecular Biology and an HD degree in international economics. Before joining EVI, he worked as Director of International Cooperation at the European & Developing Countries Clinical Trials Partnership.

María-Isabel Porras is full Professor of History of Science at the University of Castilla-La Mancha (Spain), a member of the Regional Centre for Biomedical Research (CRIB) and Director of the Health, History and Society research group. She has been guest professor at Emory University (USA), the EHESS, Geneva University and the López Piñero Interuniversity Institute (Valencia).

Valentin-Veron Toma is a senior researcher at the Institute of Anthropology ‘Francisc I. Rainer’ of the Romanian Academy, and Head of the Department of Social and Cultural Anthropology. He has a master’s degree in social anthropology and a PhD in medical sciences. His research interests include medical anthropology, cultural psychiatry and medical history.

Vesna Trifunović is a Research Associate at the Institute of Ethnography, Serbian Academy of Sciences and Arts. She completed doctoral studies in Ethnology and Anthropology at the Faculty of Philosophy, University of Belgrade. Her field of research is anthropology of medicine and public health, with a special focus on the issues of vaccines and vaccination. 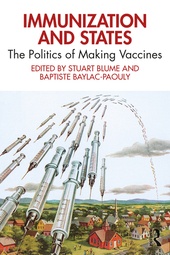 At this year’s Dies Natalis of the University of Amsterdam, Professor dr. Vikram Patel (Harvard University) and Prof. dr. Chris Manning (Stanford University) will be awarded Honorary Doctorates. During this symposium, a panel of expert speakers will join our honorees to discuss pertinent topics within the fields of mental health and the use of artificial intelligence on a global scale.

Both within and outside of academia, two umbrella terms cause much debate and stir emotions: so-called “woke-ism” and “cancel culture.” Importantly, many a heated discussion echoes earlier ones — going back to the early twentieth century. What do histories of social emancipation tell us about the use and abuse of these concepts? How does “woke” fit into an academic tradition of intergenerational collaboration that furthers progress in research and education?