In their new book, The American Passport in Turkey: National Citizenship in the Age of Transnationalism, Özlem Altan-Olcay and Evren Balta explore the diverse meanings and values that people outside of the United States attribute to U.S. citizenship, specifically those who possess or seek to obtain U.S. citizenship while residing in Turkey. Tonight, Altan-Olcay will discuss their findings with expert guest speakers.

For The American Passport in Turkey: National Citizenship in the Age of Transnationalism Özlem Altan-Olcay and Evren Balta interviewed more than one hundred individuals and families and, through their narratives, shed light on how U.S. citizenship is imagined, experienced, and practiced outside of the United States. Offering a corrective to citizenship studies where discussions of inequality are largely limited to domestic frames, Altan-Olcay and Balta argue that the relationship between inequality and citizenship regimes can only be fully understood if considered transnationally. Additionally, The American Passport in Turkey demonstrates that U.S. global power not only reveals itself in terms of foreign policy but also manifests in the active desires people have for U.S. citizenship, even when they do not live in the United States. These citizens, according to the authors, create a new kind of empire with borders and citizen-state relations that do not map onto recognizable political territories.

Özlem Altan-Olcay is an Associate Professor in the Department of International Relations and the associate director of the Graduate School of Social Sciences and Humanities at Koç University in Istanbul, Turkey. She is also an editor of Gender, Place and Culture as well as an assistant editor of Citizenship Studies. She has a PhD degree from New York University, Department of Politics. Her primary research interests include citizenship studies and gender and development. Some of her recent articles have appeared in a.o. Development and Change, Ethnic and Racial Studies, Feminist Economics, Gender, Place and Culture, Globalizations, International Feminist Journal of Politics, Sociology, Social Politics, and Women’s Studies International Forum. She has recently co-authored (with E. Balta) The American Passport in Turkey: National Citizenship in the Age of Transnationalism, published by University of Pennsylvania Press (2020).

Evren Balta is a Professor of International Relations and the chair of the International Relations Department at  Özyeğin University. She holds a Ph.D. in Political Science from The Graduate Center, CUNY. Her articles have appeared in journals such as Party Politics, Ethnic and Racial Studies, Sociology, Gender, Place and Culture. She is the author of The American Passport in Turkey: National Citizenship in the Age of Transnationalism (with O. Altan-Olcay, University of Pennsylvania, 2020), Age of Uneasiness (İletisim, 2019) and Global Security Complex (İletisim, 2012). She is the editor of Neighbors with Suspicion: Dynamics of Turkish-Russian Relations (with G. Ozcan and B. Besgul, İletisim, 2017); Introduction to Global Politics (Iletisim, 2014) and Military, State and Politics in Turkey (with I. Akca, Bilgi University, 2010). In 2018, she received the Distinguished Alumni Award of the Political Science Program at the CUNY-The Graduate Center. Balta is a senior scholar at Istanbul Policy Center, a member of Global Relations Forum and co-editor of International Relations Journal. She is appointed as the academic coordinator of the TÜSİAD Global Politics Forum in 2021.

George Blaustein is Senior Lecturer of American Studies and History at the University of Amsterdam. He is also a founder and editor of The European Review of Books, a multilingual magazine of culture and ideas. His essays have appeared in n+1, The New Republic, The New Yorker, De Groene Amsterdammer, and Vrij Nederland, among other places. He received his PhD in the History of American Civilization from Harvard University; Nightmare Envy & Other Stories: American Culture and European Reconstruction (Oxford University Press), a study of Americanist writing and institutions in the 20th Century, appeared in 2018.

Alp Yenen is Assistant Professor for Modern Turkish History and Culture at the Leiden University Institute for Area Studies. He is specialized on the history of the modern Middle East in the twentieth century. He is interested in transitional periods, transnational relations, and transgressive politics. He completed his MA at the University of Munich and his PhD at the University of Basel. He has recently published the co-edited volume Age of Rogues: Rebels, Revolutionaries, and Racketeers at the Frontiers of Empires (Edinburgh University Press, 2021). His articles have appaered in journals such as Comparative Studies in Society and History, Contemporary European History, Behemoth – A Journal on Civilisation, Die Welt des Islams: International Journal for the Study of Modern Islam, and Middle Eastern Studies.

Beste İşleyen (moderator) is Associate Professor in Political Science at the University of Amsterdam. Her research focusses on border security, territoriality and technology in European security. Her research examines the daily governance of migration and borders in Turkey. İşleyen is co-leader of the ‘Europe in the World’ theme of Amsterdam Centre for European Studies (ACES). She is co-convener (with Tasniem Anwar) of the ACES Online Series ‘Decolonising Europe’ . She is elected Governing Board member (2021-2025) of the European International Studies Association. She is Editor (2022-2027) of International Political Sociology and is on the editorial board of Environment and Planning D: Society and Space. İşleyen is an affiliated researcher at Jean Monnet Network EUMENIA and the recently granted Jean Monnet Chair ATHENA – both led and coordinated by Dr. Dimitris Bouris (UvA). İşleyen’s work has appeared in, among others, European Journal of International Relations, International Political Sociology, International Studies Quarterly, Political Geography and Security Dialogue. 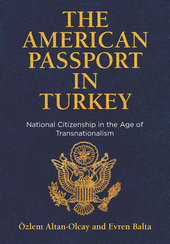 What is platformization and why is it a relevant category in the contemporary political landscape? How is it related to cybernetics and the history of computation? During this event, interviewees of the recently published The Politics of Platformization: Amsterdam Dialogues on Platform Theory join editor Gianmarco Cristofari in conversation.

The personalization of politics, whereby politicians increasingly become the main focus of political processes, is a prominent phenomenon in modern democracies that has received considerable scholarly attention in national politics. However, little is known about the scope, causes and consequences of personalization in European Union politics. In her new book, Katjana Gattermann studies the interplay between four key dimensions of personalization concerning institutions, media, politicians, and citizens in EU politics, and, at this book launch, she and her fellow speakers will discuss how her findings have important implications for the future of personalized politics in the European Union.

With the coming of age of digital media, the social debates on the importance of fake news, media hoaxes and disinformation came into focus of analysts, scholars and politicians. Interestingly, this global phenomenon has had similar features while developing within various local contexts. Particularly the US, Germany and Russia are of interest, since fake news has risen in different social contexts and the concept has different meanings in these countries. Tonight, experts discuss the global influence of the new media on both traditional news-gathering and politics.