The complex role of religion in the flight and accommodation of refugees is often overlooked or narrowed down to questions about the presumed backwardness of religious conflict or moral superiority of a welcoming culture. With the editors of Refugees and Religion we discuss the issue of religion from a broader, comparative and historical perspective, understanding religious refugees as an integral part of the modern world.

The volume Refugees and Religion disputes a hard and fast distinction between migrants and refugees by pointing out how changing legal arrangements as well as people’s varying statuses make the concept of ‘refugee’ a dynamic one. Politically the current ‘refugee crisis’ has been responded to by a nationalist upsurge across Europe, where the question of migration and the accommodation of Muslims has been shaping the political landscape for more than a decade.

Together with editors and contributors of Refugees and Religion we assess the multiple ways in which religion plays a role in prompting people to flee and seek refuge as well as in their accommodation. How did and do these refugees practice their religion – Islam, Christianity, Buddhism – in their trajectories? Which frames were and are employed by institutions in Europe to determine what is religion (and not) according to the law, and to delineate the limits of religious authority, religious practice and religious speech? What are the differences and similarities between the reception of refugees from Eastern Europe in post-war Germany, of Vietnamese in the aftermath of the Indo-China crisis of the late 1970s and of people from Africa and the Middle East at this moment in time?

Arjun Appadurai lives in Berlin and was educated in India and in the United States. His Ph.D. (1976) is from The University of Chicago. He teaches at New York University and at the Bard Graduate Center in New York. He has published and taught on globalization, migration, material culture and public culture. His most recent book (with Neta Alexander) is Failure (Polity Press 2019). He is the co-editor of the journal Public Culture, and writes frequently on the erosion of democracy in India.

Birgit Meyer (PhD in Anthropology, 1995) is Professor of Religious Studies at Utrecht University, the Netherlands. Trained as a cultural anthropologist, she studies religion from a material and postcolonial angle, seeking to synthesize grounded fieldwork and theoretical reflection in a multidisciplinary setting. She directs the research program Religious Matters in an Entangled World (religiousmatters.nl).

Tam T. T. Ngo (PhD in Social Anthropology, 2011) is a senior researcher at the NIOD Institute for War, Holocaust and Genocide Studies and the Max Planck Institute for the Study of Religious and Ethnic Diversity. Her research interests are religious changes, the dialogues between spiritualism and sciences, and memory politics in postwar late socialist Vietnam and among the Vietnamese diasporas in Germany. At the NIOD, she is leading a research project, “Bones of Contention: Technologies of Identification and Politics of Reconciliation in Vietnam,” which investigates the use of spiritual and DNA forensics to find and identify war dead in Vietnam and its implication for the country’s reconciliation politics. She is the author of The New Way: Protestantism and the Hmong in Vietnam (2016).

Abdoulaye Sounaye is a senior research fellow and leads the Contested Religion unit at the Leibniz Zentrum Moderner Orient of Berlin. His current project (Remoboko: Religion, Morality and Boko in West Africa. Students Training for a Good Life) examines religiosity on university campuses in Niger and Nigeria, focusing on Salafism and Pentecostalism. His academic interests lie in the critical examination of the contemporary dynamics and articulations of religion, state, and society. He has published extensively on Salafism in Niger. His most recent book, Islam et Modernité: Contribution à l’analyse de la ré-islamisation au Niger, éditions l’Harmattan, was published in 2016.

Peter van der Veer (Ph.D. in Anthropology, 1986) is Director at the Max Planck Institute for the Study of Religious and Ethnic Diversity in Göttingen, and University Professor Emeritus at Utrecht University. He works on the comparative study of religion and nationalism. Among his major recent publications are The Modern Spirit of Asia (2014) and The Value of Comparison (2016). 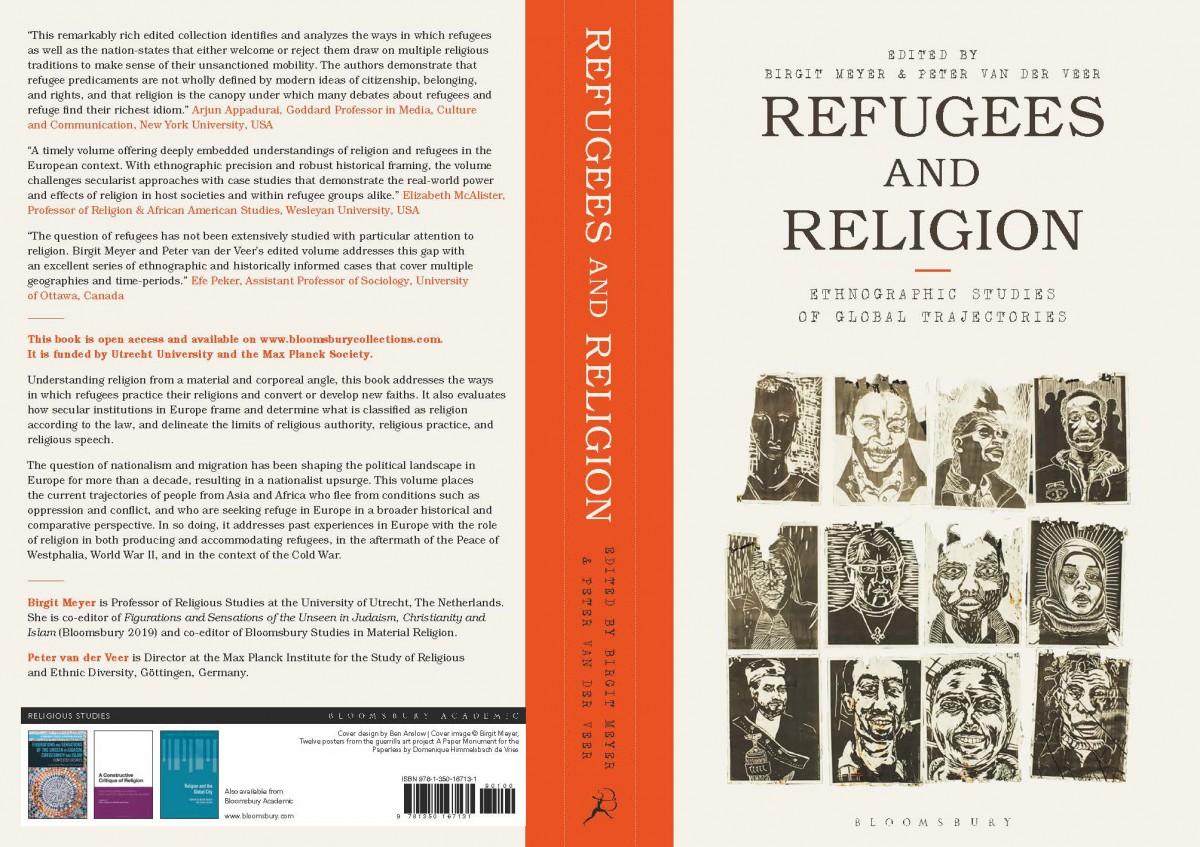 ‘To belong: to be in the right place or a suitable place. To feel happy or comfortable in a situation.’ According to the Cambridge dictionary, the very word ‘belonging’ conjures up warm feelings. But what about the tensions present in this word?

This seminar launches the book ‘Marriage Migration and Integration’. This book provides the first sustained empirical evidence on the relationships between marriage migration and processes of integration, focusing on two of the largest British ethnic minority groups involved in these kinds of transnational marriages – Pakistani Muslims and Indian Sikhs. During the launch, the authors will present the key findings, followed by a Q&A with the virtual audience.