For many centuries, Persian culture has been shaped by regional and global influences, and in turn, it has shaped the global cultural scene. The acknowledgment of this historical and contemporary interaction calls for the deprovincialization of Persian culture and the recasting of globalisation as a non-Eurocentric process.

In this lecture, Professor Hamid Dabashi will discuss how the Persian literature has been received and integrated into the philosophical, cultural and artistic world of Europe through the works of Montesquieu, Goethe, Hegel, Nietzsche, Edward FitzGerald, Matthew Arnold, James Morrier, Henry Corbin and many others. This talk will build on Prof. Dabashi’s book Persophilia: Persian Culture on the Global Scene, in which he develops the idea of the emergence of a transnational public sphere and the circularity of labor, capital, and the marketplace of ideas it conditions. Prof. Dabashi will also approach Persian literature from the vantage point of debates on World Literature, building on his most recent book The Shahnameh: The Persian Epic as World Literature.

Hamid Dabashi is the Hagop Kevorkian Professor of Iranian Studies and Comparative Literature at Columbia University in New York, the oldest and most prestigious Chair in his field. He has taught and delivered lectures in many North and Latin American, European, Arab, and Iranian universities. He is a founding member of the Institute for Comparative Literature and Society, as well as a founding member of the Center for Palestine Studies at Columbia University. He has written 25 books, edited 4, and contributed chapters to many more. He is also the author of over 100 essays, articles and book reviews. A selected sample of his writing is co-edited by Andrew Davison and Himadeep Muppidi, The World is my Home: A Hamid Dabashi Reader (Transaction 2010). He is the Series Editor of Literatures and Cultures of the Islamic World for Palgrave Macmillan. An internationally renowned cultural critic and award-winning author, his books and articles have been translated into numerous languages, including Japanese, German, French, Spanish, Italian, Russian, Hebrew, Danish, Arabic, Korean, Persian, Portuguese, Polish, Turkish, Urdu and Catalan.

Mirjam Shatanawi (discussant) is lecturer Heritage Theory at the Amsterdam University of the Arts. Between 2001 and 2018, she worked as curator for the Middle Eastern collections at the Tropenmuseum in Amsterdam, the Museum of Ethnology in Leiden and the Wereldmuseum in Rotterdam. She is the author of Islam at the Tropenmuseum (2014). She has curated exhibitions on topics as wide-ranging as contemporary art from Iran, the global Sixties and the artistic encounter of the Dutch artist M.C. Escher with Islamic art.

Peyman Jafari (chair) is lecturer in Modern History at the University of Amsterdam and fellow at the International Institute of Social History. He is the co-editor of Iran in the Middle East: Transnational Encounters and Social Histories (IB Tauris, 2015). 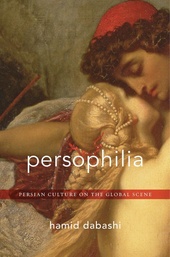 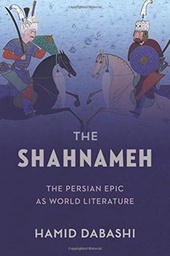