The word archive comes from the Greek word arkheion, a repository for official documents, and a place where the archons, the rulers, reside. Archives, then, are unequivocally associated with power and authority, at least in their original formation. But who and what is the archive for? Following her latest book Becoming Palestine: Toward an Archival Imagination of the Future, Gil Z. Hochberg presents her view of the archive as a liberatory site—particularly in Palestinian contexts.

What gets left out of the archive? What is the relationship between the archive and the public? What claims of authority and knowledge (scientific, historical, credible, provable) are made in the name of the archive? Professor of Hebrew and Comparative Literature, and Middle East Studies Gil Z. Hochberg will address these and related issues through the presentation of her latest monograph, Becoming Palestine: Toward an Archival Imagination of the Future (Duke University Press), where she examines how contemporary Palestinian artists, filmmakers, dancers, and activists use the archive in order to radically imagine Palestine’s future. By urging readers to think about archives as a break from history rather than as history’s repository, Hochberg presents a fundamental reconceptualization of the archive’s liberatory potential. The evening will conclude with a panel debate and public discussion.

Gil Z. Hochberg is Ransford Professor of Hebrew and Comparative Literature, and Middle East Studies at Columbia University and Chair of MESAAS. Professor Hochberg’s research focuses on the intersections among psychoanalysis, postcolonial theory, nationalism, gender and sexuality. Her first book, In Spite of Partition: Jews, Arabs, and the Limits of Separatist Imagination examines the complex relationship between the signifiers “Arab” and “Jew” in contemporary Jewish and Arab literatures and cultural imagination. Her second book, Visual Occupations: Vision and Visibility in a Conflict Zone, is a study of the visual politics of the Israeli-Palestinian terrain and the emergence of a “conflict” or the sight of a conflict.

Chiara De Cesari is Associate Professor in European Studies and Cultural Studies at the University of Amsterdam. Her research explores how forms of memory, heritage, art, and cultural politics are shifting under contemporary conditions of (post)coloniality, globalization and state transformation. She is the author of Heritage and the Cultural Struggle for Palestine  (Stanford UP, 2019), and co-editor of two key volumes in memory studies. De Cesari is currently leading a major Dutch Research Council (NWO)-funded project named “Imagining Institutions Otherwise: Art, Politics, and State Transformation”.

Nat Muller is an independent curator, writer and researcher with an expertise in contemporary art from the Middle East. Her writing has appeared in international art magazines and academic journals such as Hyperallergic, Ocula, Science Fiction Studies and other publications. Recent exhibition projects include: the group show Trembling Landscapes: Between Reality and Fiction at Eye Filmmuseum in Amsterdam; the Danish Pavilion with Palestinian artist Larissa Sansour for the 58th Venice Biennale in 2019. She is completing a PhD in science fiction in contemporary art from the Middle East at Birmingham City University.

Noa Roei (moderator) is Assistant Professor at the department of Literary and Cultural Analysis at the University of Amsterdam and a research fellow at the Amsterdam School for Cultural Analysis (ASCA). Her work touches on various aspects of nationalism, militarism and visual culture and her current project addresses image infrastructures and the politics of spectatorship in contemporary art from the Middle East. 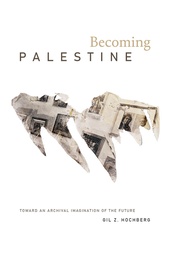 The routes of migration in the “long” twentieth century form passages through which not only people have changed their location, but also the material and immaterial goods which they have taken with them. In policy-making circles today, representations of migration can freeze positive memories of that which needs preservation or melancholic memories of often dramatic, multiple levels of migration experience taking place in a distant world. In an attempt to advocate greater sensitivity to these various experiences in one migratory story, Isa Blumi proposes to bring historic perspective.

One in five children in Amsterdam is overweight, which has proven a difficult problem to solve. Obesity is multifaceted, originating from and persisting due to a combination of medical, social and political factors. This is why an interdisciplinary view is key towards lowering this percentage of overweight kids. Together with Amsterdam’s chief scientific officer Caroline Nevejan, Amsterdam Young Academy will present such a multifaceted view of childhood obesity, marking the launch of Interdisciplinarity beyond the buzzword: a guide to academic work across disciplines.