As children, we sympathize with animals and shudder to think of killing and eating them. However, the majority of people in western societies loses this natural sympathy and is immersed in a ‘carnistic ideology’. This evening the renowned American social psychologist Melanie Joy and Jabik Veenbaas, translator of Henry Salt’s groundbreaking Animal Rights in Relation to Social Progress (1894) dive into the subject of carnism and animal rights.

Melanie Joy wrote Why We Love Dogs, Eat Pigs and Wear Cows (2009), one of the leading works on carnism. Carnism is the invisible belief system that shapes our perceptions of the meat, eggs and dairy that we eat. In her book, Joy explains how this ideology is sustained by complex psychological and social mechanisms. According to her, a better understanding of carnism can help us make choices that reflect what we authentically think and feel, rather than what we’ve been taught to think and feel. In 2020 a special 10 year-anniversary edition of the book was released, including a new foreword by Yuval Noah Harari. The event in SPUI25 marks the publication of the first Dutch translation of Joy’s book, which is part of a new series: the Dierenrechtenbibliotheek (Animal Rights Library) of publishing house Noordboek.

The Dutch translation of Henry Salt’s Animal Rights in Relation to Social Progress is also part of Noordboek’s Dierenrechtenbibliotheek. With this essay, written in 1894, the English writer and social reform campaigner Henry Salt (1851-1939) developed the idea that we should change the juridical status of animals. Salt was one of the first to claim that animals should not be regarded as objects, but rather as legal subjects.

Melanie Joy, PhD., is a social psychologist, professor, and author. She teaches psychology and sociology at the University of Massachusetts, Boston and is the leading researcher on carnism, the ideology of meat production and consumption. She is the eighth recipient of the Ahimsa Award — previously given to the Dalai Lama and Nelson Mandela — for her work on global nonviolence. She also received the Peter Singer Prize and the Empty Cages Prize for efforts to develop strategies reducing the suffering of animals.

Jabik Veenbaas is a translator, essayist and poet. He studied English, Philosophy and Frisian. He published seven books of poetry, both in Dutch and in Frisian. His philosophy book De Verlichting als kraamkamer (The Enlightenment as a Breeding Ground; Nieuw Amsterdam 2013) was shortlisted for the Socratesbeker, a Dutch prize for the best philosophy book of the year. 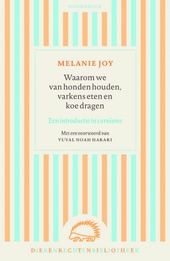 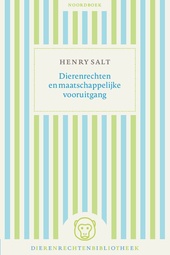 Meat is a key ingredient in the main meal for many cultures around the world. However, problems on a world scale such as global warming and public health raise questions about the consequences of current meat consumption patterns. What is the effectiveness of persuasive messages to decrease meat consumption?