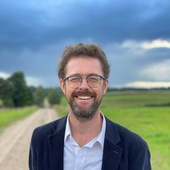 Bart Wallet is professor of Jewish studies: early modern and modern Jewish history at the University of Amsterdam. His field of specialization is the history and culture of Dutch Jewry, on which he authored a range of publications. He is one of the authors and editors of the authoritative Reappraising the History of the Jews in the Netherlands (London: Littman Library of Jewish Civilization, 2021). Wallet is the editor of the much-acclaimed war diary of Rotterdam Jewish girl Carry Ulreich, which was published in Dutch and translated into Hebrew, German, Spanish, Portuguese and Italian. Wallet is co-editor-in-chief of Studia Rosenthaliana: Journal of the History, Culture and Heritage of the Jews in the Netherlands and editor of the European Journal of Jewish Studies.

Gerelateerde programma’s
The Betrayal of Anne Frank: A Refutation